For over a decade Cassiopeia Vitt has been building an authentic French castle, using only materials and techniques from the 13th century. But when a treasure is unearthed at the construction site—an ancient Book of Hours—a multitude of questions are raised, all pointing to an ancient and forgotten religious sect.

Once the Cathars existed all across southern France, challenging Rome and attracting the faithful by the tens of thousands. Eventually, in 1208, the Pope declared them heretics and ordered a crusade—the first where Christians killed Christians—and thousands were slaughtered, the Cathars all but exterminated. Now a piece of that past has re-emerged, one that holds the key to the hiding place of the most precious object the Cathars possessed. And when more than one person becomes interested in that secret, in particular a thief and a billionaire, the race is on.

From the medieval walled city of Carcassonne, to the crest of mysterious Montségur, to a forgotten cavern beneath the Pyrenees, Cassiopeia is drawn deeper and deeper into a civil war between two people obsessed with revenge and murder.

Givors, France Monday, May 4 The Present 11:40 a.m. Cassiopeia Vitt knew they’d found something important. How? Hard to say. Just an instinct that came from years of digging in the dirt, building a castle. It was her labor of love, one that would probably consume her entire adult life. But it was worth it. Especially at moments like this when the French soil finally yielded up its secrets. “It’s definitely something,” Viktor said. A dozen men and women who’d also been working at the construction site had stopped, now gathered around where she and her site superintendent stood. Viktor had been digging an exploratory trench for a new masonry wall that was scheduled to be erected next week when he hit something. The stone for it was being quarried and already rose in piles nearby. She knelt down in the muck and peered into the trench, damp from a rainstorm last night. Despite a thin film of mud, a gleam suggested precious metal. “Looks like gold,” Viktor said. “Any idea what it is?” she asked. “From less than an inch exposed?” He laughed. “No idea. There’s only one way to find out. Let me dig some more.” “I’ll help, it’ll go faster.” “Because goodness knows patience isn’t one of your best virtues.” “Or yours,” she teased back. She’d been working the project for a long time. Best estimate was that the castle stood at about thirty percent complete. Three curtain walls were up, the fourth still on the drawing board. Several inner buildings had likewise been erected, their interiors though still being planned. And Viktor was right. Patience was not her virtue. Together, they lay flat on their stomachs and carefully set about enlarging the find, slow and careful, using all of the proper techniques to keep it uncorrupted. Painstakingly, trowel by trowel, they removed layers of clay, rock, and debris. Finally, they exposed a corner and enough of one side to see that they’d located a gold box. “Ingénieur, it looks like you’ve got yourself a treasure chest,” Viktor said. The staff had bestowed upon her the label of engineer during the first year of the project and, while she was generally averse to nicknames, she liked that one. “Judging by what we can see, I’d say it’s about forty-six centimeters wide and about the same in height,” she said. “And with that deduction I suggest we take a break. My back is killing me,” Viktor said. Reluctantly, she agreed. Her own spine also ached from lying on her stomach too long. Yes, she was curious to uncover more. But like Viktor had noted earlier, patience seemed in order. They left the site and headed toward the high barn that housed the reception center, there to accommodate the several thousand visitors who came every year. Inside, in the back, was an employee kitchen where Cassiopeia brewed them both espressos. Viktor sipped his. She finished hers in two gulps. “Ready to get back to work and see if we can remove it?” she asked as she laid the cup in the sink. “Slow down. I said a break not a breath.” She couldn’t sit still, so she brewed herself a second coffee. “I’m as curious as you are,” Viktor said. “But that thing has been there a long time. It’s not going anywhere. Drink your coffee.” She knew he was right, but it was hard to tamp down her excitement. Finding artifacts was not unusual. Through the centuries the locale had played host to a variety of historical buildings, starting with a Roman fortress nearly two thousand years ago. Hundreds of items had been unearthed. Things like a 15th century ceramic jug without a chip. A pewter cape closure with a roughhewn topaz at its center. A thick brown glass bottle still containing dregs of ancient olive oil. And, really cool, a sword, maybe 13th century, in a badly deteriorated leather scabbard. All were important and valuable finds, and she planned on displaying them in a museum that would occupy part of the finished castle one day. So what had the earth yielded this time?

Steve Berry is the New York Times and #1 internationally bestselling author of nineteen novels, which include: The Warsaw Protocol, The Malta Exchange, The Bishop’s Pawn, The Lost Order, The 14th Colony, The Patriot Threat, The Lincoln Myth, The King’s Deception, The Columbus Affair, The Jefferson Key, The Emperor’s Tomb, The Paris Vendetta, The Charlemagne Pursuit, The Venetian Betrayal, The Alexandria Link, The Templar Legacy, The Third Secret, The Romanov Prophecy, and The Amber Room. His books have been translated into 40 languages with 25,000,000 copies in 51 countries. They consistently appear in the top echelon of The New York Times, USA Today, and Indie bestseller lists.

History lies at the heart of every Steve Berry novel. It’s his passion, one he shares with his wife, Elizabeth, which led them to create History Matters, a foundation dedicated to historic preservation. Since 2009 Steve and Elizabeth have crossed the country to save endangered historic treasures, raising money via lectures, receptions, galas, luncheons, dinners and their popular writers’ workshops. To date, 3,500 students have attended those workshops with over $1.5 million dollars raised.

Steve’s devotion to historic preservation was recognized by the American Library Association, which named Steve its spokesperson for National Preservation Week. Among his other honors are the Royden B. Davis Distinguished Author Award; the Barnes & Noble Writers for Writers Award given by Poets & Writers; the Anne Frank Human Writes Award; and the Silver Bullet, bestowed by International Thriller Writers for his philanthropic work. He has been chosen both the Florida and Georgia Writer of the Year. He’s also an emeritus member of the Smithsonian Libraries Advisory Board. In 2010, a NPR survey named The Templar Legacy one of the top 100 thrillers ever written.

Steve was born and raised in Georgia, graduating from the Walter F. George School of Law at Mercer University. He was a trial lawyer for 30 years and held elective office for 14 of those years. He is a founding member of International Thriller Writers—a group of nearly 6,000 thriller writers from around the world—and served three years as its co-president. 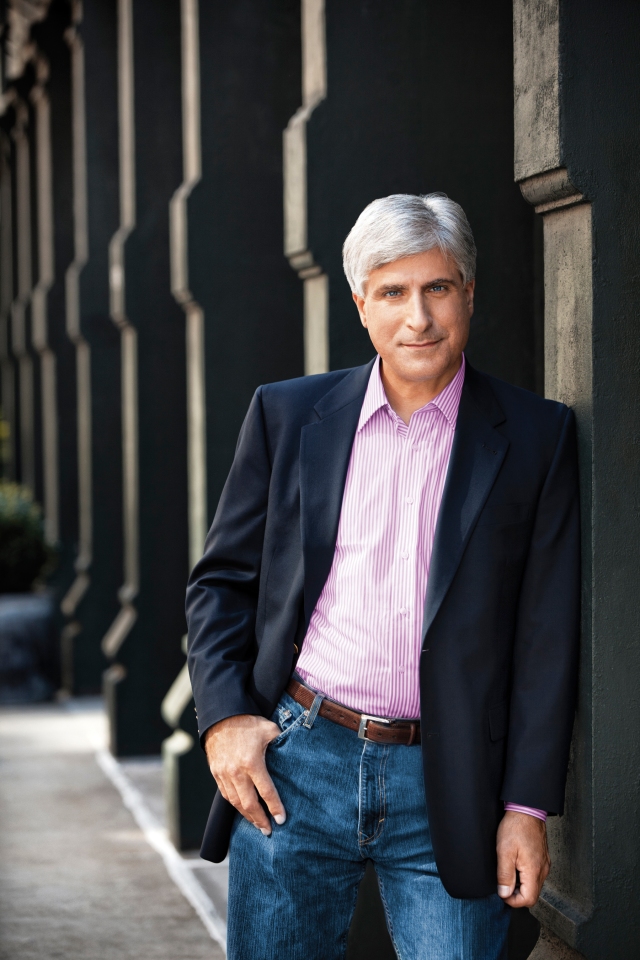 M.J. Rose grew up in New York City mostly in the labyrinthine galleries of the Metropolitan Museum, the dark tunnels and lush gardens of Central Park and reading her mother’s favorite books before she was allowed. She believes mystery and magic are all around us but we are too often too busy to notice… Books that exaggerate mystery and magic draw attention to it and remind us to look for it and revel in it.

Rose is a the Co-President and founding member of International Thriller Writers and the founder of the first marketing company for authors: AuthorBuzz. She runs the blog, Museum of Mysteries.

She has appeared on The Today Show, Fox News, The Jim Lehrer NewsHour, and features on her have appeared in dozens of magazines and newspapers in the U.S. and abroad, including USAToday, Stern, L’Official, Poets and Writers, and Publishers Weekly.

Rose graduated from Syracuse University and spent the ’80s in advertising. She was the Creative Director of Rosenfeld Sirowitz and Lawson and she has a commercial in the Museum of Modern Art in NYC. 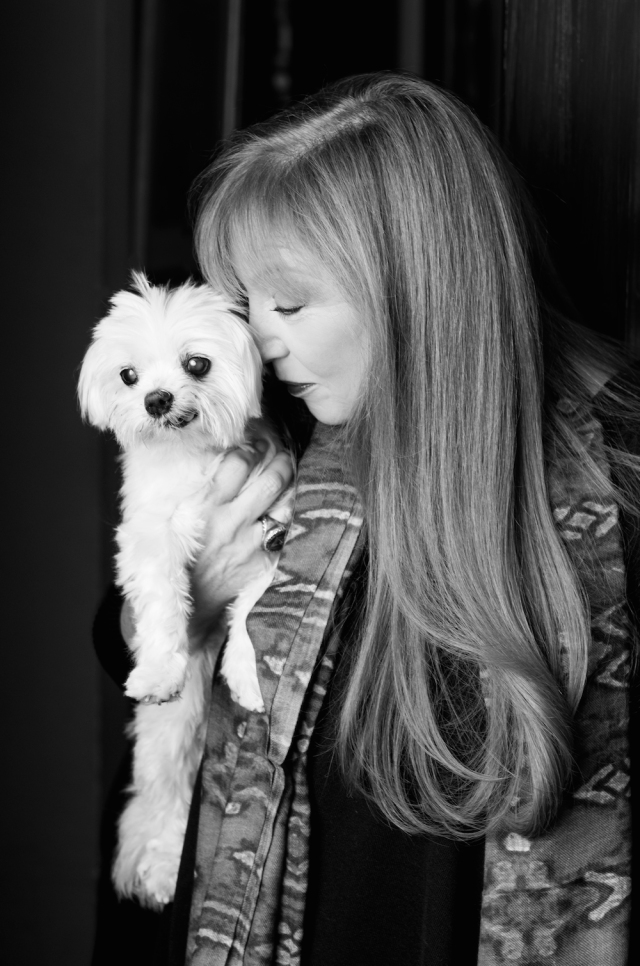