UNFORGOTTEN PASSION is a modern, sinfully seductive take on Rapunzel.

As a famous pop star, Raevynn Walsh has lived most of her life surrounded by fame and fortune while her every choice or decision is controlled by others. Each day she dreams of breaking free from her star-studded castle. She may be living a fantasy, but it’s not her own.

Collin Donovan can’t resist an opportunity to attend the Wilder Way Fairy Tale Ball and catch a glimpse of the sensual songstress he’d once adored but had been forced to let go. When the familiar chemistry burns bright, Raevynn turns to Collin to rescue her from her chaotic life and glamorous prison, even if only for a short while.

After escaping the guards, the two lovers unravel the lies around them and rekindle the passions they’d thought were forgotten. With their time coming quickly to an end, can they save the princess from her gilded tower or is she doomed to stay caged in the spotlight forever? 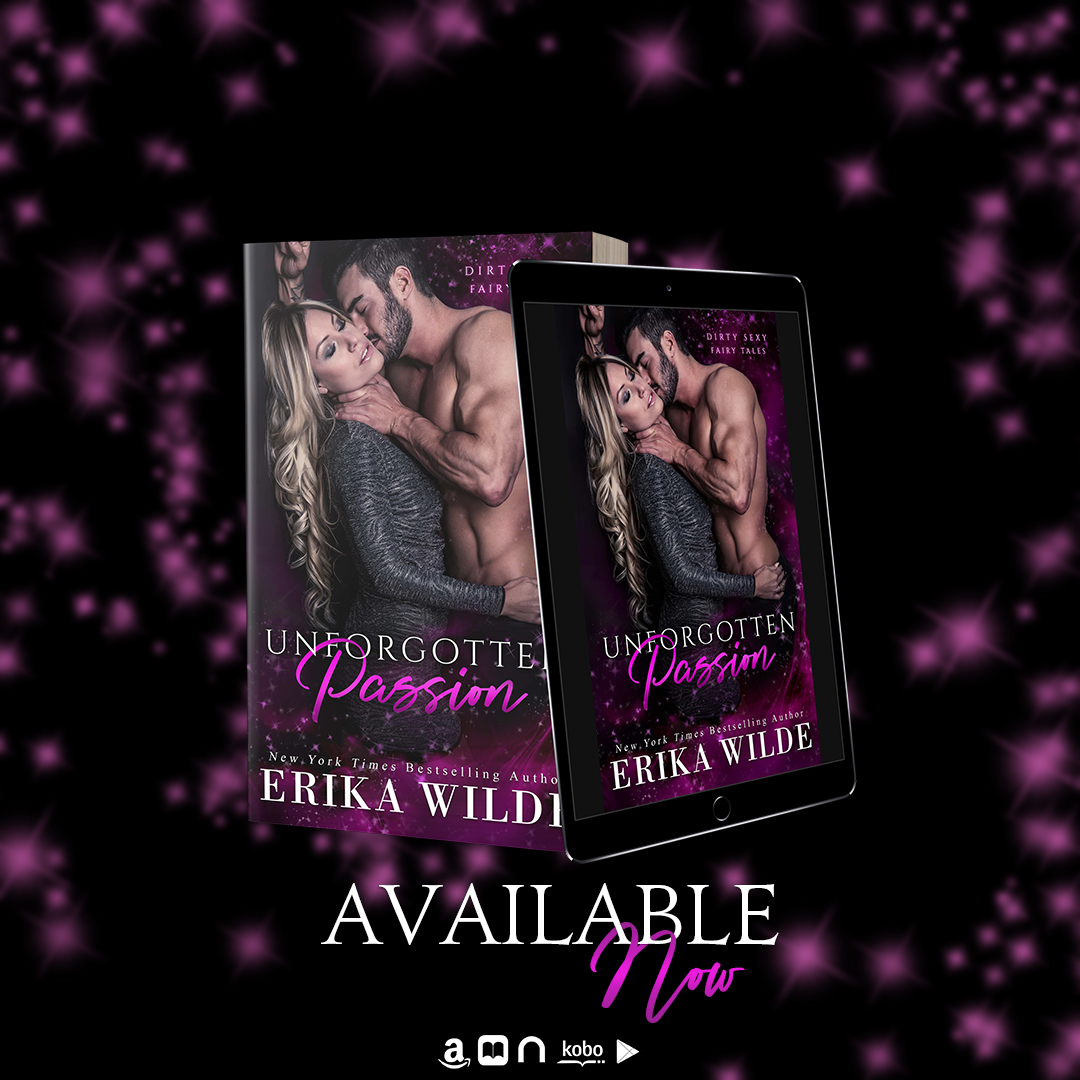 When Raevynn met Collin’s gaze again, she realized he was staring at her features intently, making her feel suddenly self-conscious since it had been a long time since a man had seen her without an ounce of makeup on. “Why are you looking at me like that?” she asked softly. In bare feet, he slowly closed the short distance between them, and she remained right where she was, barely able to breath when he stopped a few inches from her. She had to tip her head back to meet his striking green eyes that were filled with the sweetest, most honest affection. “Because this is the Raevynn I remember,” he murmured, brushing the backs of his fingers along her cheek, causing her breath to hitch in her throat at that gentle but sensual caress. “Fresh-faced. A natural beauty who doesn’t need anything to enhance this perfect, flawless skin. Lush lips that are so naturally soft and pink . . .” His words trailed off, as if he realized he was starting to travel into intimate territory. Instead, his hand moved to the hair she’d plaited, the long, intertwined strands that came over her shoulder and hung down past her left breast. As if mesmerized, his fingers slowly, gradually traced the woven pattern all the way down to the hairband she’d found in the bathroom and had used to secure the end. “And this braid . . .” He gave it a gentle tug that was probably meant to be playful, but the suddenly deep, sensual tone of his voice vibrated its way up her spine and resonated inside her body. “Remember all the times I pulled it when we were kids running around my parents’ backyard playing tag?” She swallowed hard and nodded. “Yeah.” At that young age, yanking on her hair had been a way to antagonize her, and it worked. “You’d make me so damn mad.” He chuckled, the sound like warm honey sliding down her skin, seeping inside her. “And then years later, when I’d come over to your house at night and call up to your bedroom—” “Rapunzel, let down your hair,” they said in unison and laughed. Unlike the fairy tale, he’d climbed up the tree next to the house and had managed to make his way inside her window. “I want to cut it so badly,” she said. He blinked at her in surprise. “Your hair?” She nodded. “Yes. It’s just so . . . cumbersome.” His hand fell away from the end of her braid. “Then why don’t you?” “Because all this hair is part of my image and my mother and advisors would have a heart attack if I cut it as short as I’d like.” “If it’s what you really want, then you should do it,” he said with a casual shrug. “It’s your hair, not theirs. Besides, what are they going to do once it’s gone?” He made it all sound so easy and simple, but it was always the fear of her mother’s wrath and any related consequences of her actions that stopped her from walking into an unknown salon, where her personal stylist did not work, and ask for someone to chop it off to her shoulders. Unfortunately, she’d never had the guts to follow through on that particular inclination.

Erika Wilde is a New York Times Bestselling author. She is best known for her super sexy Marriage Diaries series and The Players Club series, and has also co-written the Dirty Sexy Series and the Book Boyfriend Series with Carly Phillips, her best friend and writing buddy for the past twenty years. She lives in Oregon with her husband and two daughters, and when she’s not writing you can find her exploring the beautiful Pacific Northwest. For more information on her upcoming releases, please visit her website at http://www.erikawilde.com and sign up for her mailing list for updates and news!