Contemptuous CEO by KL Myers is releasing on August 16th!

Add it to your TBR: http://bit.ly/ContemptuousCEO_TBR 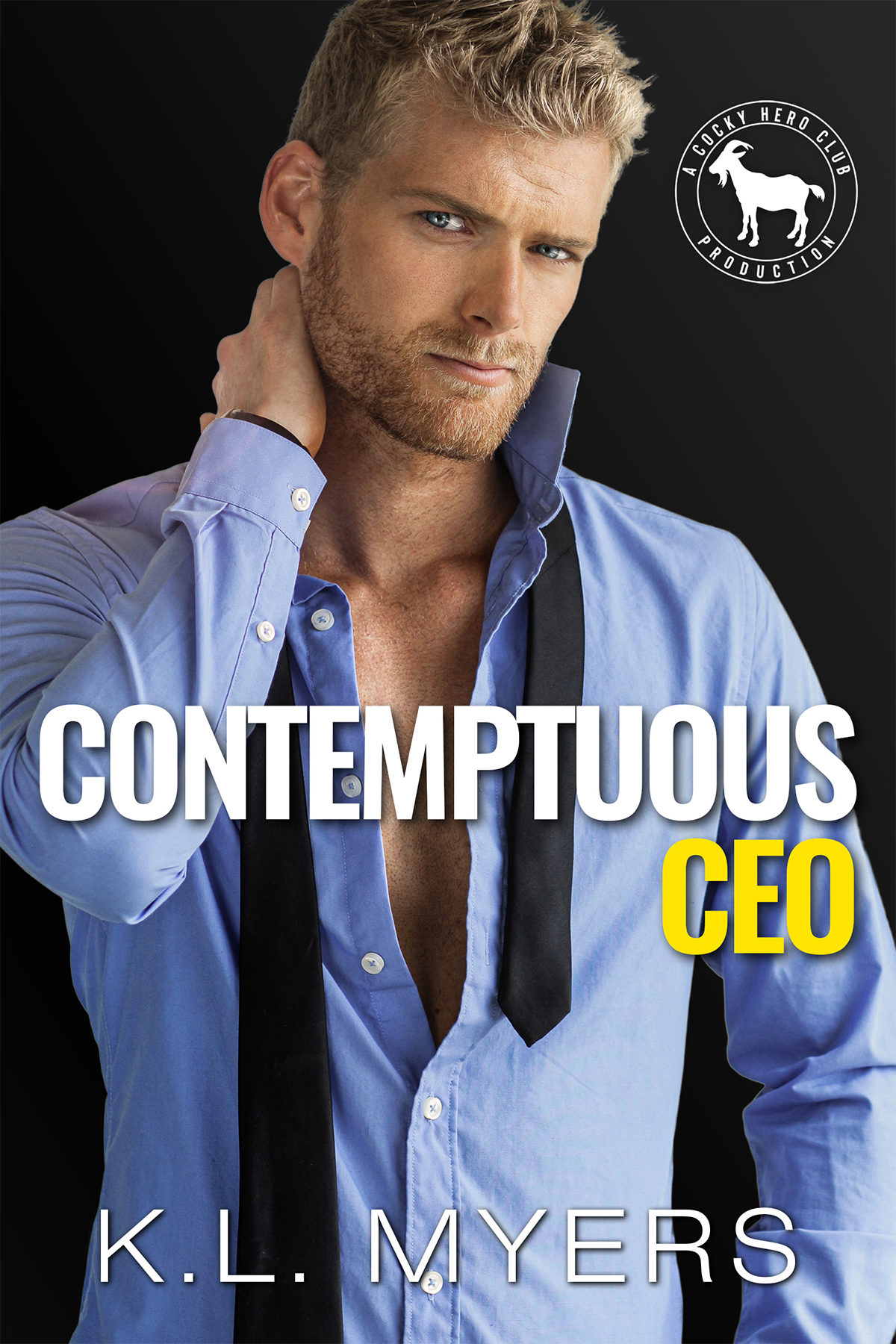 Alexander (Xander) Livingston left college with the dream of becoming CEO of his uncle’s technology company. Eleven years later, all his dreams have come true. All except for one: marrying the love of his life.

Madison (Maddie) Hightower had always been a loner until Xander came along. Devastated after he left her behind to chase his dreams, she focused all her energy on becoming president of a digital software company – the same business Xander has just acquired. Even after all these years, her attraction for Xander is still sizzling and palpable. He still makes her heart sing, but she isn’t sure if he feels the same way.

Xander is interested in the merger for two reasons. The first is the potential for growth in the digital market, and the second is a chance to reconnect with Maddie. He’s never forgotten her. She was supposed to be by his side as he climbed the corporate ladder, and now he has the opportunity to have Maddie working under him. Literally.

But Maddie has a secret. One she never told Xander when he left her in California and headed to the East Coast— a secret she never thought he’d ever uncover.

The merger of their companies will bring Xander face to face with Maddie’s life-altering betrayal. How he handles this discovery will decide the fates of these two star-crossed lovers.

MEET THE AUTHOR:
K.L. Myers was born in West Berlin, Germany, the daughter of a military father. She then spent her childhood moving from continent to continent, finally landing permanently in Colorado when her father retired.Eventually, she moved to “hell,” aka Arizona, where she resides with her husband & their fur babies. She has two daughters & four grandchildren, and she believes in living every day to the fullest. K.L. has a passion for reading and writing hot romance when she is not juggling family & a full-time job. Her novels show a pension for a bad boy with a heart of gold and strong, independent women who don’t need rescuing, and just a taste of naughty redemption! Her characters will pull you in & leave you satiated, yet panting for more, More, MORE! Her motto will always be – “If my books can give readers a brief reprieve from their everyday life for even just a moment, I have achieved my dreams and lived a full life.”
FACEBOOK | READER GROUP | TWITTER | BOOK BUB
AMAZON | GOODREADS | WEBSITE
HOSTED BY: