In a single day, it all changed, and there’s no way to take it back.

Allison: It was only a little lie. That’s how stories like these get started.

But with every lie I told, he saw through it. I think in his heart he knew I was broken; he felt my pain as if it was his.

And that’s what changed everything. He’s the reason it all fell apart.

Sometimes it’s a single moment that alters everything in existence.

Sometimes it’s the fall of dominoes, lined up in a pretty little row and designed so that each one will cause more and more pain.

In a single day, it all changed, and there’s no way to take it back.

I didn’t know what would happen. But secrets and lies ruin everything and I should have known better.

And for the first time in… I don’t know how long, I wish I could take it back. I’d take every bit of it back if I could just be with him again.

“I was captivated from the very beginning, and I couldn’t let go until the very end. Winters wove an outstanding tale, which has an even better message within its pages.” – Kendra, Reads and Treats

It’s Our Secret was originally released Jan 2018. This edition is re-edited and extended

Download your copy for only $2.99, release week only! Read for FREE in Kindle Unlimited: 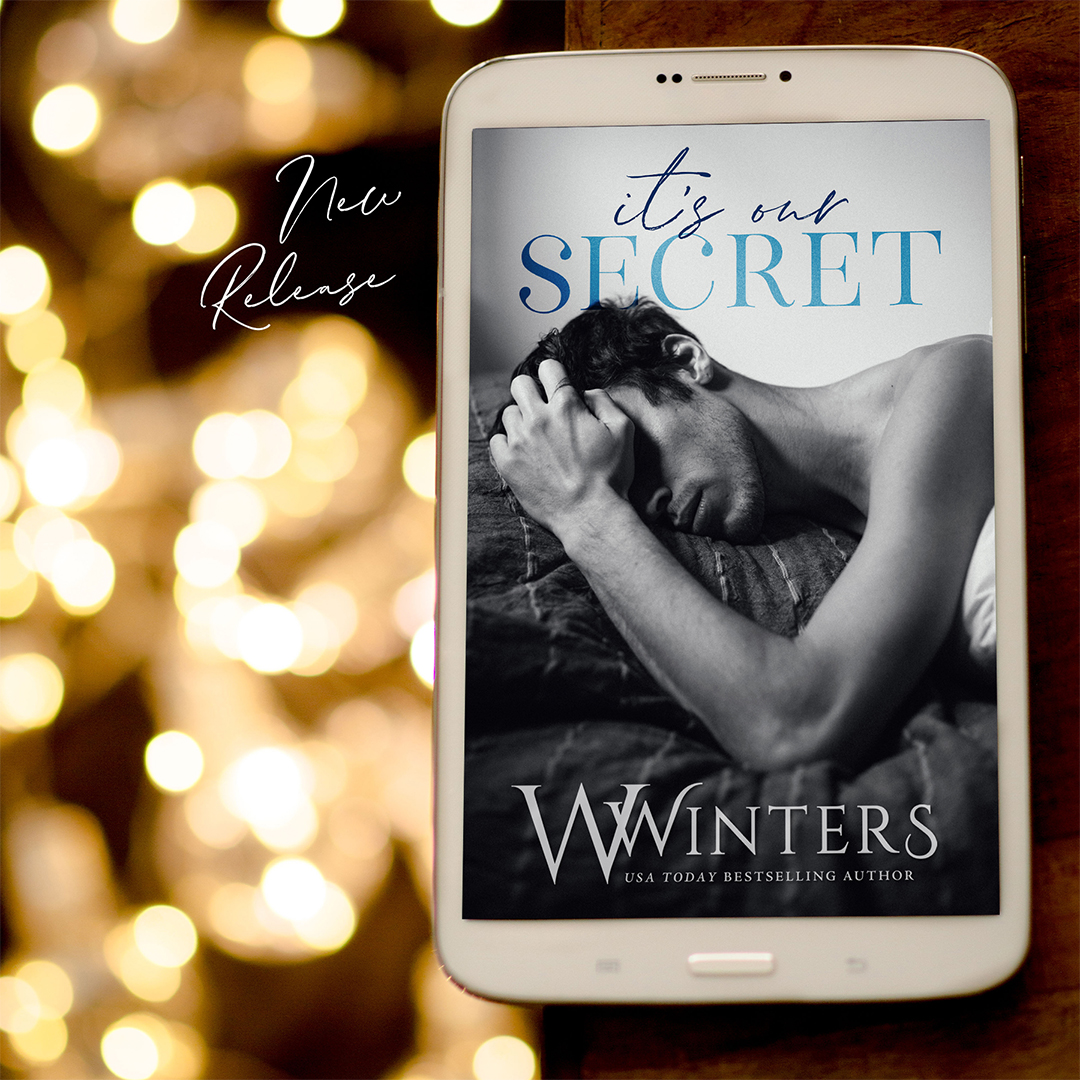 I like how she’s acting like she doesn’t recognize me. The way she twirls the pen in her brunette curls, looking up at the professor then slipping the tip of that pen between her teeth.

Her name’s Allison. I love the way it slips off my tongue.

I didn’t look at her twice the first day we sat in this room. But I noticed when we crossed paths in the building next door, the one with the cafeteria. And I noticed when she started walking away from campus and toward the houses down Connell Street, only two blocks down from Broom Street.

The tiny glances and the subtle way she shifts her thighs each time she sees me … that got my attention even more.

Maybe it’s the curve of her waist or the way her lips are almost always just slightly parted. But something drew me to her and now the idea of her on her knees in front of me as her lips open wider to take the head of my dick is all I can think about.

And then she can treat me to the same sucking she’s doing to that pen right now.

Maybe she’s got my attention because Chem 201 is boring as hell.

Or maybe it’s because Little Miss Allison looks as though she’d be down for a dirty fuck, but she’s avoiding me at all costs.

Like right now. She’s got to know I want her. Maybe she likes the chase.

All she’s doing is skimming that pen across her bottom lip, making my dick twitch with need.

“And you?” the professor asks, his voice directed this way. I’m one row behind and two seats to the left of her.

“I’m sorry?” she questions Professor Grant, caught off guard. My lips curl up into a smile, although I hide it behind my fist as I brace my elbow against the desk. Yeah, I know I’m getting to this broad. Whether she wants to let on that I am or not.

“What’s the constitution of the nucleus of an atom?” he repeats his question, and my brow raises slightly. We’re only five days into the semester and this class meets Mondays, Wednesdays, and Fridays. Week one is too fucking early for this shit.

“Electrons and neutrons,” she answers hesitantly.

“Wrong,” the professor’s voice rings out and Allison purses her lips. The pen in her hand taps on the textbook in front of her as the class know-it-all pipes up, not even waiting to be called on.

The answer is protons and neutrons, not that I give a shit. My major’s undecided for now but there’s zero chance of me going into chemistry for a career.

I lean over, feeling the metal bar separating our rows pushing into my ribs.

“Maybe you should pay attention.” I whisper my first words to Allison, and she finally looks at me.

She gives me a side-eye paired with an asymmetric grin and I give her a charming smile back before relaxing into my seat.

After the professor turns his back to us, ranting about something he’s scribbled on the chalkboard, she looks over her shoulder toward me.

Her teeth sink into her bottom lip and she blushes, peeking at me and then once again pretending to pay attention to him and not me.

That only makes me want her more. I know she’s thinking about me. I want to know exactly what she’s daydreaming about. That way I can make it come true.

Willow Winters is so happy to be a USA Today, Wall Street Journal and #1 Contemporary Best Selling Author!

Willow started writing after having her little girl, Evie, December 2015. All during her pregnancy with Evie she continued to read and she only wanted to read romance. She was reading a book a day — sometimes two.

In January 2016 Willow was staying up late with Evie and just thinking of all these stories. They came to her constantly so she finally sat down and just started writing. She always wanted to do it so she figured, why not? Today Willow cannot be happier for making that decision!